On May 11, 2020, the third Bitcoin halving took place. In honor of the recently passed anniversary of this significant event, we will once again remind you what halving is and how it affects the movement of the market.

First of all, halving is a reduction in the number of coins issued. As you know, every bitcoin in the system is mined. Miners mine new blocks of transactions, write them to the blockchain and get reward in the form of a certain amount of bitcoins. At the beginning of the existence of the blockchain, the amount was as much as 50 BTC. But with each halving, the miners’ reward is reduced by 2 times, which leads to a reduction in the release of new coins to the market.

Why is halving needed?

As conceived by the creator of Bitcoin, Satoshi Nakamoto, halving should to become a way to overcome inflation.

Firstly, the emission of bitcoin is limited to 21 million coins to make the market never to be oversaturated with money. Secondly, a halving complicates the mining of coins and provokes an increase in the exchange rate to make the asset enter the market gradually, maintaining its value.

In addition, every year society understands the value of cryptocurrency more and more and the demand for it is growing. On the contrary, emission decreases with each halving. Thus, a shortage of currency is created, due to which the price rises.

How does halving affect the price of bitcoin?

Due to a decrease in the supply on the market after halving, the price of BTC usually rises for a long time. For example, after the first halving, the bitcoin rate increased from $11 to $1100, after the second — from $600 to $20,000.

This time, we saw a stable uptrend for 6 months after the decrease in reward. And although the market is in a panic today due to a sharp drop in the rate in early May 2021, some studies argue that this is only a short-term price correction. 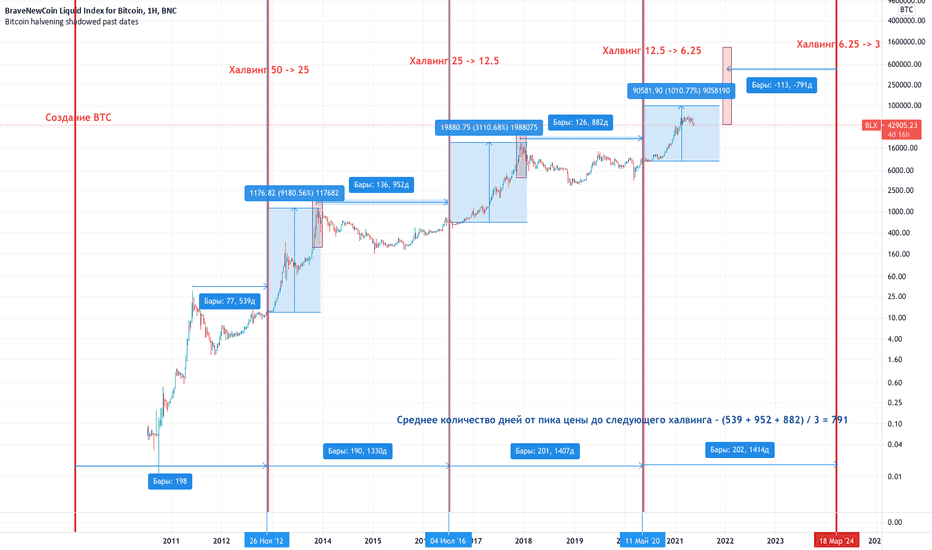 If we identify patterns that show how the bitcoin rate grows after each halving, we can calculate in what period of time the price will reach its maximum value. Some calculations show that the most likely peak period will last from December 2021 to February 2022, and the price will reach $ 100,000 during this time. At the same time, in the next period we may expect a strong fall, up to 80% of the peak value.

This site uses cookies to ensure you get the best experience on our site. More